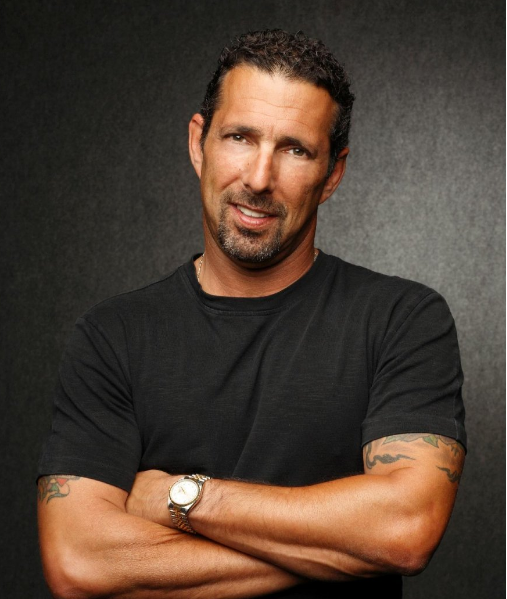 - Parking - Free and available in the main lot, small lot between the Comedy Connection and Black Duck Tavern, on street and in the LDC lot behind the Black Duck.

- As a courtesy to other guests, we ask that there is no talking or heckling during the show.

- No outside food or drink.

Rich Vos has four specials on Comedy Central and over 100 television appearances. He has been seen on HBO, HBO Max, Netflix, Showtime and Starz. Rich also produced and starred in the documentary “Women Aren’t Funny”, appeared in Judd Apatows “King of Staten Island. He’s a two time writer for the Academy Awards. Rich hosted Woodstock 99, The Virus Tour, and the Washington Monument Drug Awareness Concert. Vos can be heard on numerous top podcasts such as WTF with Marc Maron, The Church of What’s Happening Now with Joe Diaz, and The Joe Rogan Experience. Along with wife Bonnie McFarlane, Rich has a hit podcast “My Wife Hates Me” that looks inside the marriage and day to day life of the two comics. Rich has also been clean and sober for 35 years, leading to performances at countless 12 Step Conventions. He has 6 albums in rotation on Sirius XM. He has the best Roast in the history of Roasts on YouTube vosroast.

Rich Vos: The Myth, The Man, The Legend

Raised in New Jersey, Rich Vos is a no-holds-barred performer who destroys in comedy clubs around the country. A comedian’s comedian, he can be heard regularly on Opie and Jimmy and as a guest on the most popular podcasts including WTF with Marc Maron and Rogan.

Rich also has his own hit podcast (on Riotcast) and a radio show (on Sirius) both called My Wife Hates Me. (That’s not confusing.) His cohost is his wife, comedian Bonnie McFarlane.

Rich can be seen on HBO, Showtime, Starz, Jimmy Kimmel and Comedy Central where he has two stand-up specials. Rich Vos can also be seen in the hit Netflix movie Women Aren’t Funny which he also produced.

As a comedy writer, he’s come up with the best lines for the Comedy Central Roasts and was a writer this year on the Oscars for the second time.

If that’s not enough, you can download any one of his 4 cd’s from iTunes.